Transitioning to Urban Sustainability: Unless We Speed Up 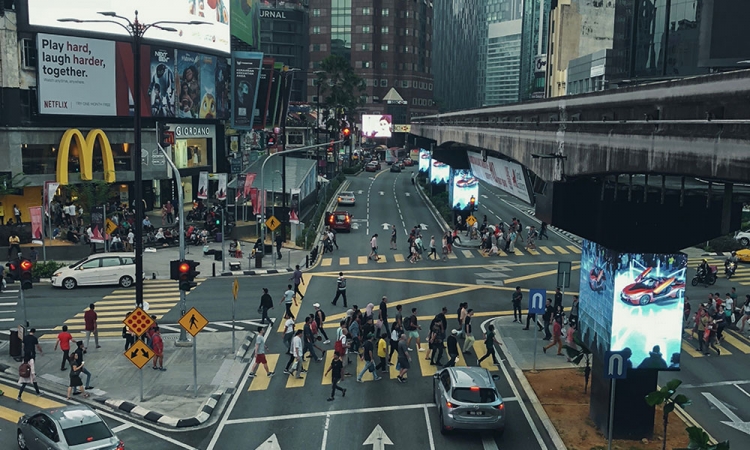 The majority of the world’s population live in urban areas. Even though cities and urban areas take up a small fraction of the earth’s land surface their impacts and footprints have reached planetary scale. This is because the bulk of the world’s resources are harnessed, processed and converted into products, services and energy to serve the urban population. The production and consumption activities that serve the urbanites go beyond the city and metropolitan boundaries and penetrate deep into forested hinterlands and oceans. Relentlessly, more and more agricultural and pasture land and farm fisheries are being opened up to support the lifestyles and consumption habits in cities. Transportation and utility infrastructures are built to bring greater and greater convenience and luxury to urban living.

Take a drive along the highways and expressways that crisscross the Klang Valley and one sees unimpeded expansion of the city and rapid change in the urban landscape to one filled with high-rise buildings and infrastructures to access these buildings. The high-rise residences and offices together with the shopping malls will be filled if population continues to move into the city. The Klang Valley or Greater Kuala Lumpur already has an estimated population of over 7 million. At the current rate of urbanisation, it is on its way to becoming another mega city with over 10 million people. Is this sustainable?

Driving around Klang Valley, one already sees and feels signs of stress and pressure on resources, amenities, urban living and the urban form itself. Flooding has become more frequent and the water level is getting higher. Traffic jams are getting longer to clear so it takes a lot more time to go to work and return home. Green areas are disappearing in front of our eyes, being taken away for urban development. At what level will it become a tipping point in our life that we will cross it and sink to a state of unhealthy living which may be irreversible?

The same question that you would ask about yourself and your life in the city should be asked about the planet we live on. Are there limits to our planet that it will cross tipping points and go into a state that can no longer sustain life as we know it? There are 9 planetary system boundaries that cannot be transgressed for life to be sustainable on earth. Scientists in the Stockholm Resilience Centre and elsewhere have outlined the boundaries with scientific evidence. The earth’s geobiochemical processes and systems that regulate our atmosphere, climate, rainfall, water, ocean, soil, forest and biodiversity are being altered at dangerous levels because of the way we conduct our lives - the way we light up our homes and offices, cool our rooms, drive our vehicles to work, power our factories, spray our crops, inject synthetic nutrients into our soil, package our food and merchandise, and generate and discharge our waste. We are fast reaching the limits of our planet.

Transitioning to urban sustainability is no longer just about creating a liveable city and neighbourhood. It is now about how humanity as a whole can speed up the efforts to collectively slow down and reverse the trends that are having a dangerous impact on the earth’s geobiochemical processes. There are a lot of scientifically-based literature written in commoners’ language that one can read to appreciate the dimension and scale of the urban challenge. While we strive to clean up our rivers and parks we also need to hurry up as time is running out for humanity and the planet.

As we try to avoid traffic jams and flash floods and pressure our city and municipal governments to take action to remedy the situations, we need to take heed of the fact that petrol and diesel passenger vehicles release about 120g of CO2 into the atmosphere per km travelled, according to European standards. Meanwhile, the industry happily sold close to 600,000 automotive vehicles in 2017, and they were almost all fossil fuel vehicles. According to the Malaysia Automotive Association, there are about 28 million vehicles on Malaysian roads. In the Federal Territories, i.e. Kuala Lumpur, there are about 6 million. The Greater Kuala Lumpur would have about 8 million vehicles spewing out 120g of CO2 each per km. This is a very rough estimate but indicative of the problem that we are contributing to as a city.

Assuming each vehicle travelled 40 km a day, the Greater Kuala Lumpur traffic would have contributed to about 14 million tons of CO2 a year. This will be about 0.18% of 1 part of CO2 per million in the atmosphere for one mid-sized city. There are about 75 cities in the world with more than 5 million people and if their traffic behaved like Kuala Lumpur they would be contributing about 13% of 1 part in 1 million of CO2. What then is the problem?

The atmosphere is already at around 400 parts per million of CO2 and will reach 450 parts soon as we are adding 2 parts per million a year into the atmosphere. At 450 parts per million, science tells us that global temperature will rise by 2 degrees C. This is only the contribution coming from traffic in 75 cities in the world. What about the energy used in buildings, municipal waste and food and material production and consumption in cities? Cities have a moral responsibility to do something fast to reverse the trend.

The ninth session of the World Urban Forum (WUF9) will be meeting in Kuala Lumpur from 7 to 13 February 2018 at KLCC. The theme is Cities 2030 – Cities for All: Implementing the New Urban Agenda. WUF9 will mobilise urban actors in national governments, subnational and local governments, civil society, private sector and academia to share knowledge and solutions for sustainable urban development. We hope that this gathering of urban planners, designers, architects, engineers, administrators, legislators, financial organisations, businesses and industries will come up with bold measures that can quickly reorient and reorganise urban life and form onto the path of sustainability before we transgress the planetary boundaries and find ourselves in a condition that may be irreversible.